Oliver Gladwin, Executive Chef of the Gladwin Brothers, did a venison butchery for the team at TBL last week. Bringing in a whole deer, that he had skinned himself, he then continued to butcher it into delicious cuts to appear on the menu in the coming weeks.

This was a fallow deer that was shot in the South Downs, of course, keeping it Local & Wild. The deer was hung in the fur for 10 days before Oliver skinned it, so it was incredibly fresh, but the 10 days of ageing has tenderised the meat as well, which matures the flavour of it.

Oliver had also foraged a Chicken of the Woods Mushroom. This has a very meaty texture and chicken-like flavour when cooked, which is absolutely delicious and a really exciting find!

The venison will be turned into all sorts of exciting dishes such as a ragu for our homemade fusilli, or Venison Cigars.

Keep a look out for it on the menu soon!

Throw a party in our PDR

Get ahead of the game with your festive plans.

READ MORE
Game season is upon us!.

Grouse in the house at the best restaurant in Wimbledon

Grouse is coming to TBL, so book yourself in ASAP for a delicious meal to start the game season off right.

Not Bad for a Newbie

The Black Lamb placed within the top 10 of the Wimbledon Windows competition in our first year of entering. 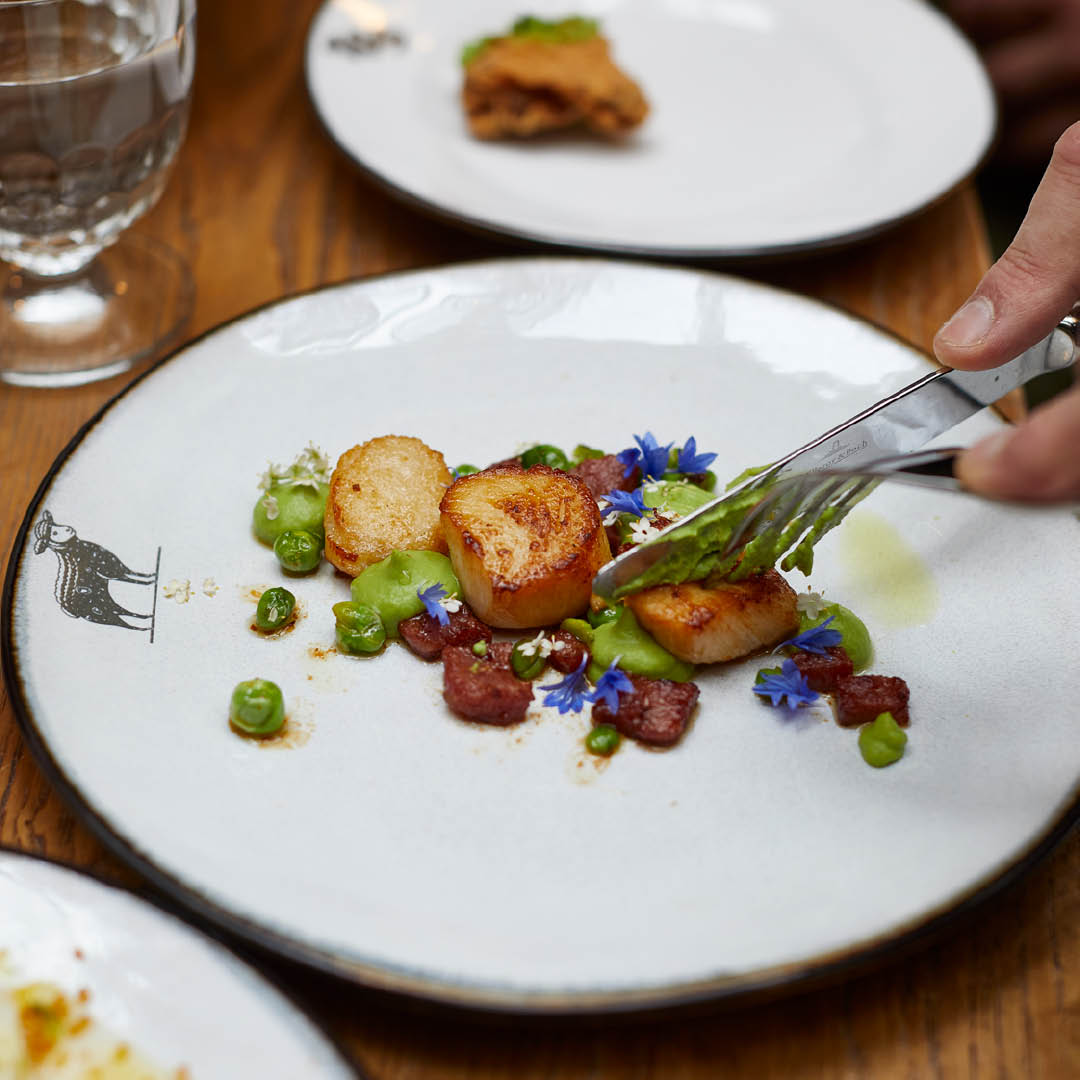 The Black Lamb welcomed Sophie Farrah and a guest to enjoy the delights offered on the A La Carte and wine list.

Birthday? Work event? Hen or stag do? Whatever the occasion, we have the perfect spot for you! Click below to read more about the private dining experience we have to offer at The Black Lamb.

The Black Lamb introduces its list of the Gladwin Brothers' current favourite bottles. For something off-menu and exciting, the LBB is available upon request.

To celebrate the Wimbledon fortnight, The Black Lamb has prepared a special set lunch menu to truly tickle your tastebuds. Including plenty of seasonal delights, the menu has something for everyone. The perfect way to celebrate!

Local and Wild Comes to Wimbledon

Time to raise a glass of English Sparkling! We're launching our sixth Local and Wild restaurant in Wimbledon and we can't wait to welcome you, counting down the days until we open the doors of The Black Lamb on the 1st June. Book now for the best seat in the village.